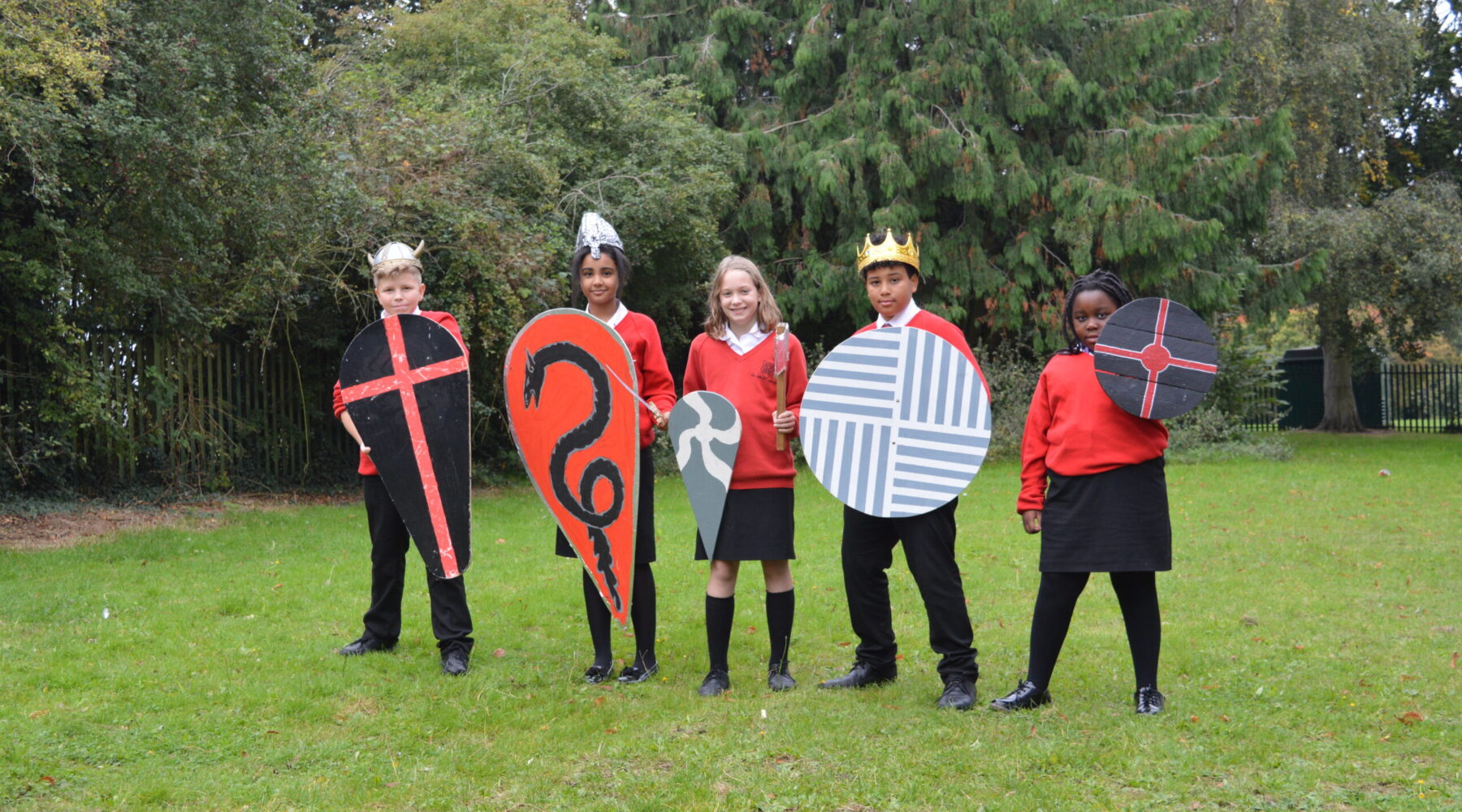 History at The Priory School teaches students about many of the key changes, events and individuals from the past, leading to a greater understanding of the present. History is a subject full of fascinating stories, but which develops the skills of analysis and debate to encourage students to explore many different viewpoints and reach their own judgements, based on the evidence they see. History promotes literacy, analytical thinking, and by questioning the past leads students to think for themselves and present their arguments in a way that is valued by employers.

History is highly rated by universities, and can lead to a wide range of careers as diverse as law, journalism, business and industry, politics and media.

In line with changes to the National Curriculum, from Years 7 to 9 students follow a chronological approach to History from 1066 to the present day.

History assessments take the form of essays written in class or at home, developing the knowledge and analytical writing which leads to success higher up the school.

Students learn about the Norman Conquest and the nature of Medieval Society which followed, concluding with an analysis of the Renaissance and its impact across Europe and the world.

We study the Tudor monarchy and The Reformation, examine the Civil War and the roles of Charles I and Oliver Cromwell before learning about the changes brought about by the Industrial Revolution.

The curriculum in Year 9 focuses on peace and war in the 20th century, beginning with an in-depth study of the First World War, its causes and the conditions for soldiers, when students have the opportunity to visit the battlefields of Northern Europe. We follow this by learning about the struggle for civil rights across the globe and the important role of individuals such as Gandhi, William Wilberforce and Nelson Mandela. We complete the year by studying life under the Nazi dictatorship in Germany.

The first year of GCSE is made up of two modules, The American West 1840-1895 examining the creation of the United States and the impact on the native people. This is followed in term two by Medicine Through Time, an investigation into the history of medical advancement stretching back to Medieval Britain with a depth study on the impact of WW1. Both modules are a mixture of source analysis and essay answers.

Again two modules are studied in Year 11; the first is modern History focussing on how the USA dealt with changes to Civil Rights in the 1950’s and 1960’s as well as the course and impact of the Vietnam War. The second module is a British History module that investigates the reign of one of our greatest ever monarchs, Elizabeth I.
We endeavour to enhance our classroom studies with trips and extra- curricular activities for example Year 9 students go on a trip to the battlefields of Northern Europe and Year 13 students visit Hampton Court.

‘History is indeed little more than the register of the crimes, follies, and misfortunes of mankind’ – Edward Gibbon

The Year 12 course is made up of two units developing different historical skills; both are closely linked to the huge changes in Europe in the Twentieth Century. In Unit 1 students focus on essay writing and change over time by learning about the dramatic events in Germany from 1918-89. This saw defeat in the First World War and economic crises of the 1920s to the rise and fall of Adolf Hitler, then the steady recovery and “economic miracle” which has made Germany the thriving country it is today.

Running parallel to this in Unit 2 we study the equally dramatic changes which Spain has undergone from Civil War in the 1930s and nearly 40 years of Fascist Dictatorship under General Franco, before discovering how the change to democracy finally saw a peaceful revolution into a modern, free society. This unit focuses on source skills, while also developing the essay techniques of Unit 1.

Developing the skills and knowledge from the Germany paper, the A level coursework is an in depth investigation and essay into the causes of the First World War, tackling the controversy and debate that has raged among historians for almost a century. Here the students will develop and by mentored through the independent research skills which will prepare them well for university. Our examined content studies Tudor Britain 1485-1603 with a distinct focus on the changing forms of government at this time as well as the numerous rebellions that threatened the stability of this most colourful set of monarchs.

Some of our recent trips and learning opportunities include:

Every Autumn we are visited for a day by an expert in Medieval costumes, artefacts and weapons. He brings a range of fascinating objects from Medieval England for students to look at, try on and play with. Each student spends an hour in the hall with this visitor, trying on armour, dresses, helmets, quill pens, making coins and much more!

Each autumn a group of students visit the battlefields of Belgium and Northern France to learn more about their studies of the First World War and the importance of remembrance.

In July we are also visiting the Battle of Britain Museum in Hendon, North London.

In preparation for their exam on German History and to get a taste of university learning by hearing some of the country’s leading authors and experts speak on the subject. Additionally a trip to Hampton Court gets everyone into a Tudor way of thinking.

History provides a highly desirable set of skills to any potential employer and therefore a wide avenue of career options. The study of History enables students to develop their ability to examine, analyse and evaluate information rapidly and effectively. They are taught to approach subjects in a logical, organised fashion yet with a distinct sense of the individual. Their naturally inquisitive natures develop a worldview resulting in a well-rounded individual which appeals to the worlds of higher education and of work. Students are certainly not limited to a life as a teacher or an archaeologist! They can be anything they wish to be from an Oscar-winning actor to a lawyer, a civil servant to a business leader, a writer to a doctor – the list is endless. With a History qualification behind you the world is your oyster!

Today we bid final farewell to year 11 after their last exam. Best wishes for the future. Some of them couldn’t leave though…!…and stuck around to challenge the year 10s to a game of football (they lost 1-0!)