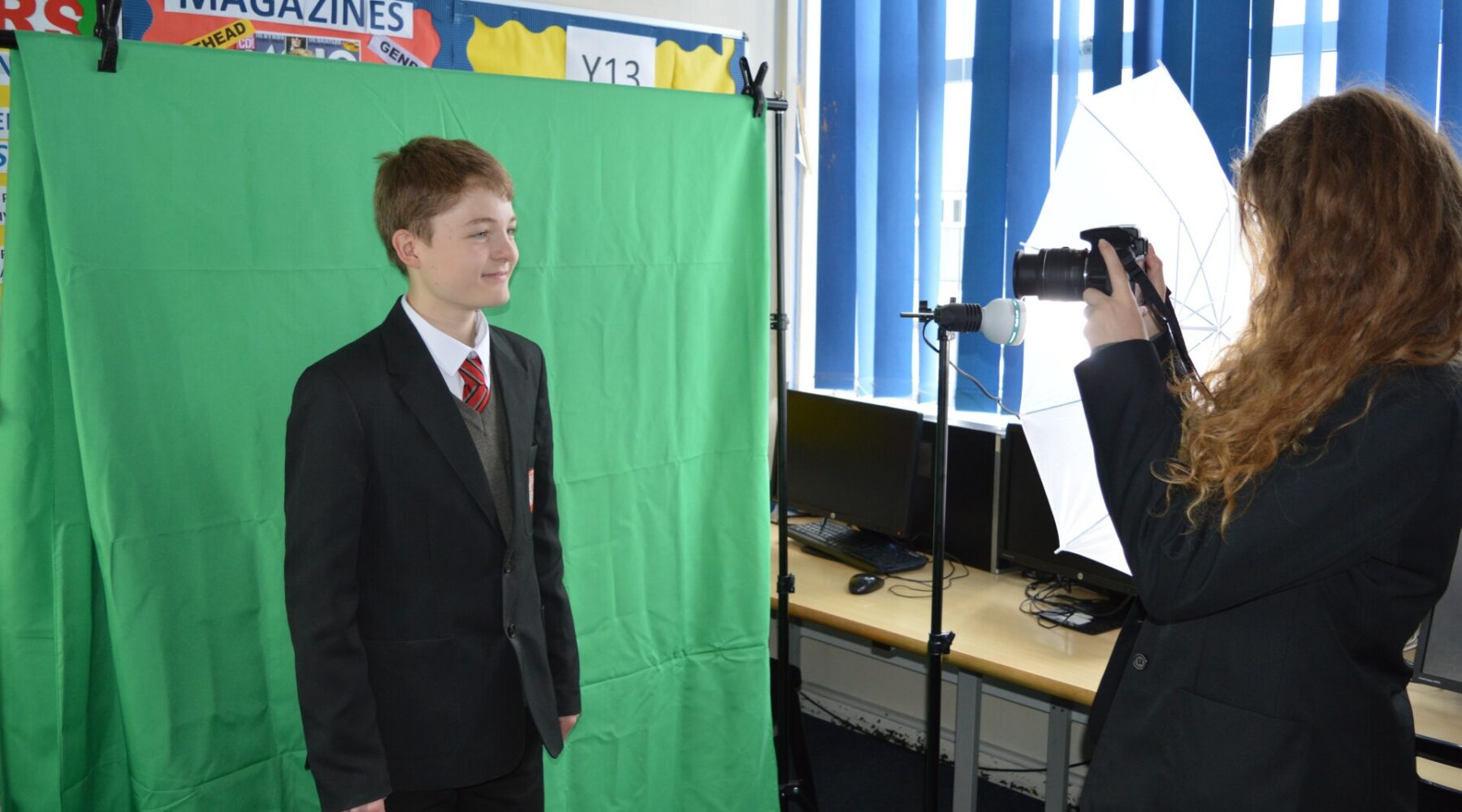 As a department we offer the OCR GCSE qualification in Media Studies. The course allows students to critically study a range of texts from a variety of media platforms. Students will begin by developing the key skills necessary to critically analyse and create media products. Study will then focus upon some of the key institutional values associated with media industries, such as film marketing, television crime drama and the developing newspaper industry.

The course will also include a NEA (coursework) unit, making up 30% of the final grade allowing students to display their own critical understanding of the concepts developed in the classroom. The remaining 70% of course is then made up of two written exams, taken at the end of their Year 11 study.

Media Studies is an engaging and ever-developing subject, allowing students to gain a valuable insight into a subject area which will continue to shape the world around them.

As a department we also offer Media Studies at A Level and this has proven to be very popular. The course is designed so that no prior knowledge of Media Studies is needed. We follow the OCR specification, students coursework makes up 30% of their final grade with the other 70% being made up of two 2-hour exams.

A Level Media Studies is an engaging and enjoyable subject which asks students to engage with the key concept that underpin the study of the media; genre, representation, audience and narrative.  The course encourages students to study the media in an academic context and apply their newly gained knowledge to the process of creating their own media productions.

Our A Level in Media Studies offers a broad, coherent and rigorous course of study and has been created to ensure that all types of learners can fulfil their potential.

We are also pleased to offer OCR Film Studies as part of our post 16 A-Level offer. Film studies is an engaging subject which enables students to partake in an in-depth and critical study of film. The course will allow students to study a variety of texts, with particular components focussing upon Film History, Critical Approaches to Film, as well as a chance to develop and produce their own short film.

The structure of the course enables students to develop key analytical and creative skills, which culminate in two final exams totalling 70% of the final grade. Finally, the additional 30% of the grade is made up of NEA (Non Examined Assessment) in which students will create their own individual short film production.