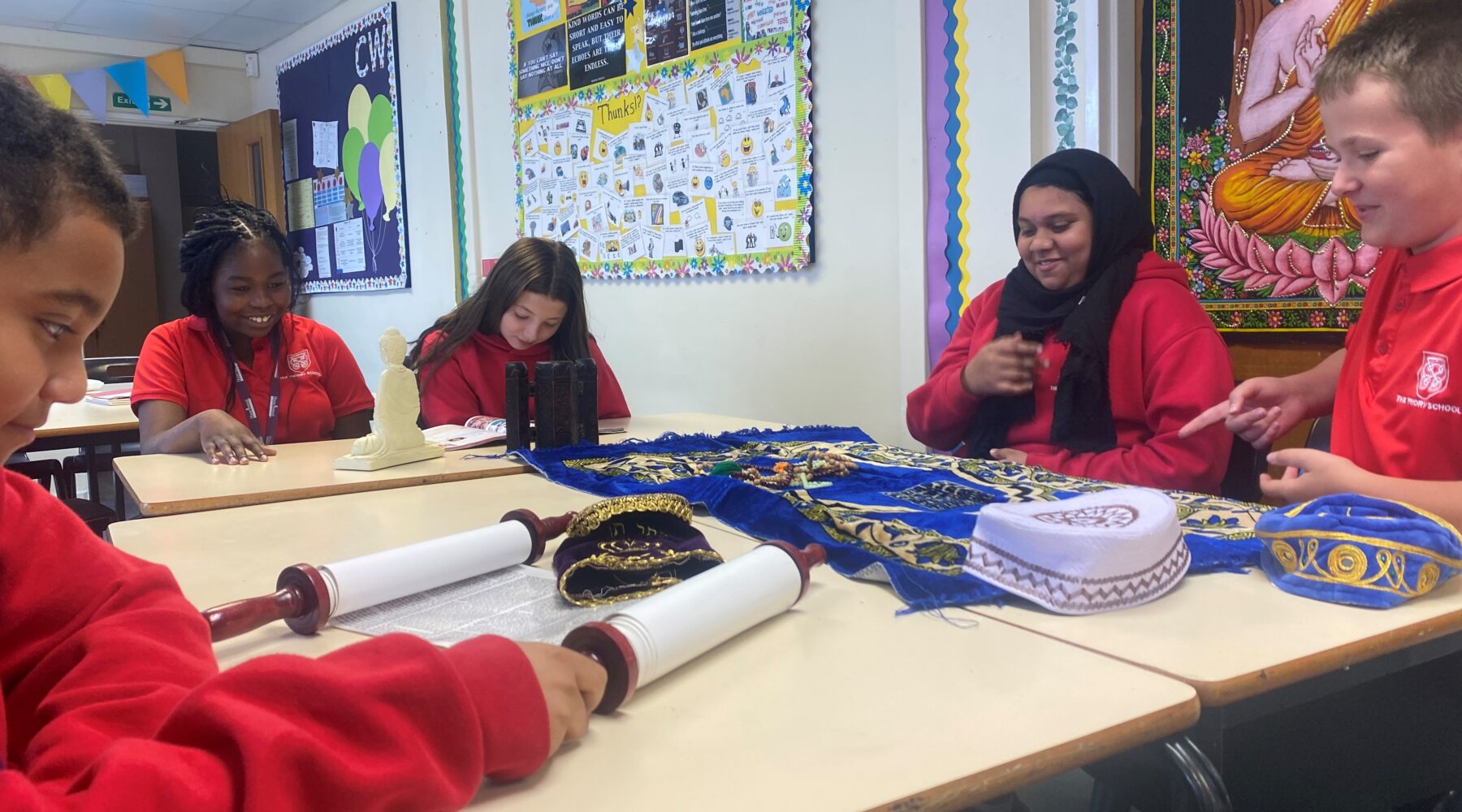 At Key Stage 3 students will study the major world religions and a variety of ethical and philosophical issues including through the lens of community and influence. Throughout Key Stage 3 students will look at religious viewpoints on issues and evaluate them in light of their own understanding of the world. Students study 3 units a year and complete an assessment at the end of each unit, these take a variety of different forms including written assessments and creative assessments.

Introduction to Philosophy & Ethics and the Religions of Hitchin
Community and Promises; Khalsa & Covenant
The Environment; Creation and Ethics

Students can opt to complete GCSE. We follow the AQA A specification.

The topics studied include:

The assessment will be 2 x 1 ¾ hour exams at the end of the course.

Students who do not study the full GCSE will have one lesson a fortnight where they will study the following topics:

This lesson will not be examined and there is no formal qualification, but students will be expected to complete in-class assessments over the two years. Students may occasionally be asked to complete homework, but this will not be set regularly.

At Key Stage 5 students study the AQA Philosophy and Ethics A Level. The course is split into two components.

Component One:  Philosophy and Ethics

Section A:  Study of Christianity

Section B: The dialogue between philosophy of religion and religion

Section C:  The dialogue between ethical studies and religion.

Each component is worth 50% of the A Level and is assessed in a 3-hour exam.

In order to continue to further your education in P&E see if you can visit a variety of places of worship and keep up to date on Religious news in the world.

You have a legal right to withdraw your child from Philosophy and Ethics but please note that you will be expected to provide work for your child of a spiritual nature during this time.  This time should not be seen as an opportunity for your child to ‘catch up’ on other work (please see the ‘Right to Withdraw Policy based on guidance provided by Hertfordshire County Council Sacre).