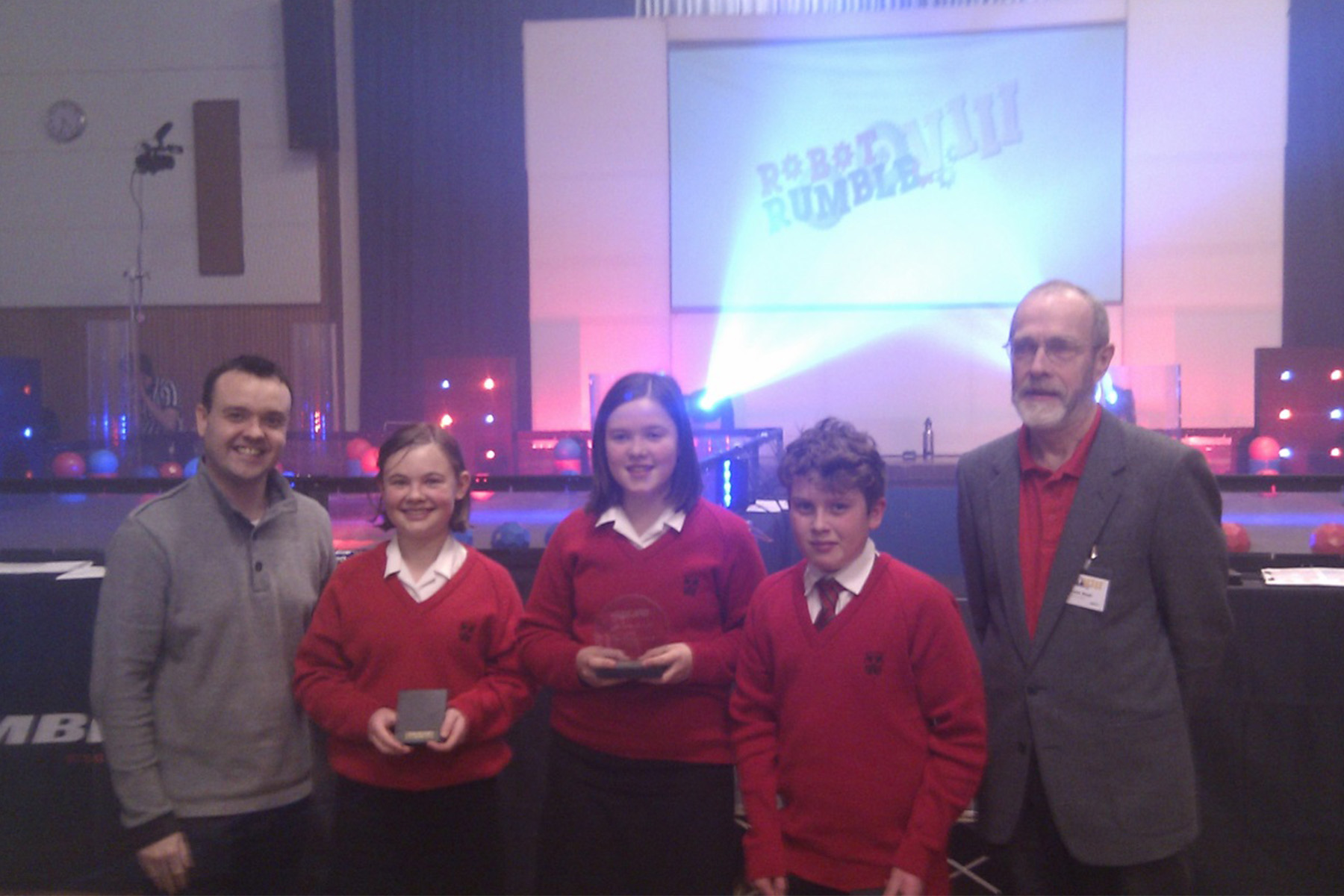 On Saturday 13th December a team from the Priory School competed against eleven other schools in the final of the 8th MBDA Robot Rumble.  To take part, teams had to build their own robot to compete in a variety events including obstacle courses and robot dexterity tests.

Our team, consisting of Daisy Doyle, Henry Tucker and Megan Reed, all of year 9, were awarded the prize for the best teamwork by some senior officials from MBDA.  The construction of the robot was overseen by Mr. Parmar of the Science Department. He was also present at the event. Two other students, Ronan Riggs and Jake Neale, also of year 9, were involved in the construction of the robot but were unable to attend the competition.

Champions of the lunchtime leagues! Well done year 9 for beating a strong year 10 team to claim the crown. Thanks to Mr Jefferies for organising it all.

Our student leadership committee met 4 local councillors this morning to share views on the town, what they want to change and whether the voting age should be reduced to 16. Great discussion!