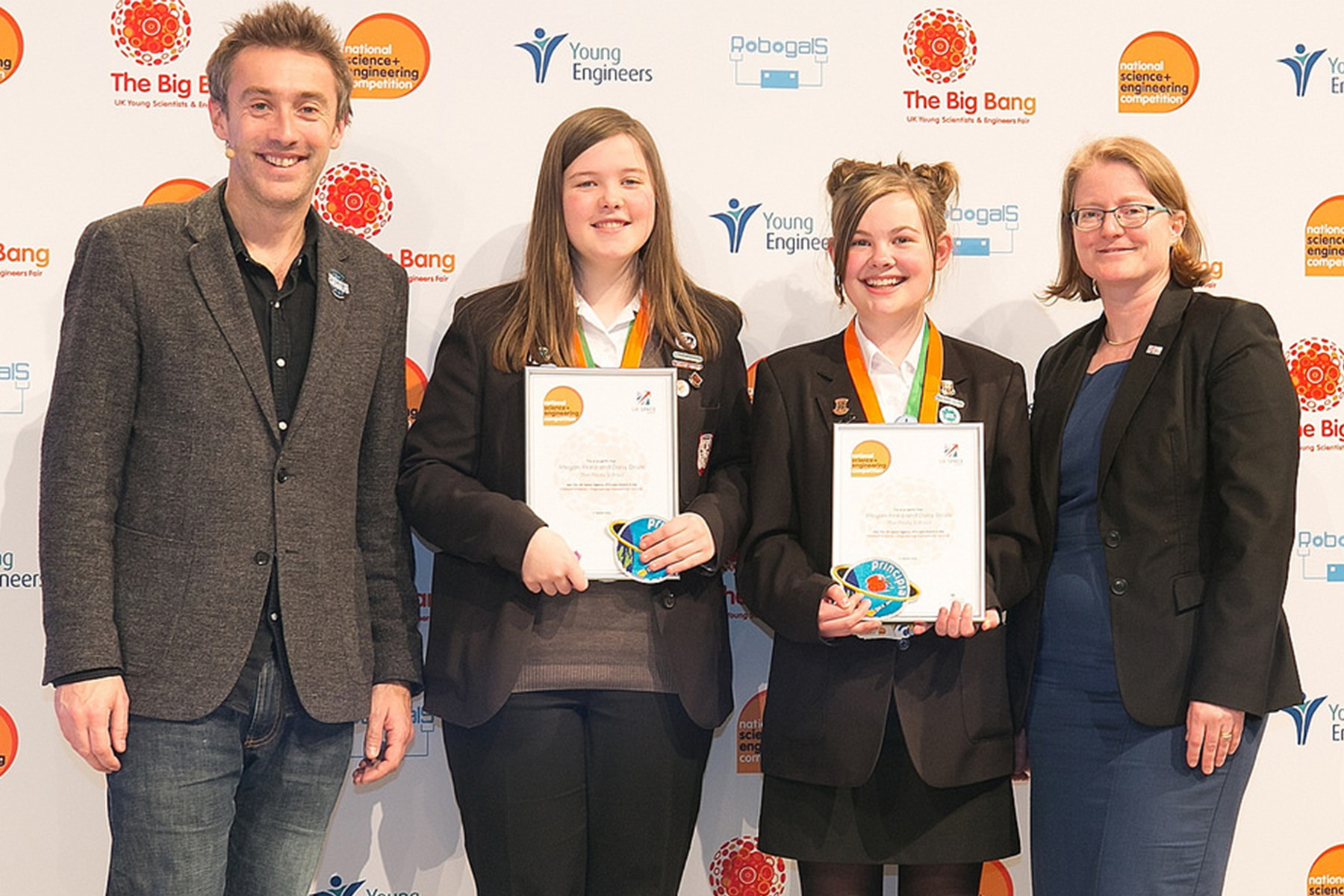 This weekend, Major Tim Peake landed back on Earth after six months living on the International Space Station (ISS). Whilst he has been flying around our planet at 17,150 mph we have been inspired at The Priory School, especially two of our students; Daisy Doyle and Megan Reed.

Daisy and Megan began their journey with the famous astronaut one year ago, when they entered a competition to design an experiment on a computer chip board (Raspberry Pi) that Tim could take to space. Tim even tweeted The Priory School wishing the girls good luck and instantly they were hooked!

The girls have won multiple prizes for their project, despite it sadly not making it to the ISS. They have received £1000 worth of prize money for themselves and the school; computing equipment from the people at Raspberry Pi and a guided trip around Airbus Defence and Space to see where the Mars Rover was designed and built.

As if this wasn’t exciting enough, they were even live on BBC Breakfast back in January, where they got to see Tim’s first live radio call with school pupils only two weeks after he arrived in space.

We are extremely proud of the girls and all of the effort they have dedicated to their project this year. Who knows, maybe in twenty years’ time one of them will become the first female UK astronaut inspiring another generation; watch this space!

Very very excited to share some great news from @hertsmusic with our year 7 and 8 students. We are able to offer some FREE instrumental lessons for half a term thanks to a brilliant scheme our music service have offered and thanks to Mr Ankers for his hard work setting it up! LC

Congratulations to the senior netball team who beat Fearnhill 16-5, and Knights Templar 21-6 tonight. It was a pleasure to watch them play #thisgirlcan @TPS_Hitchin