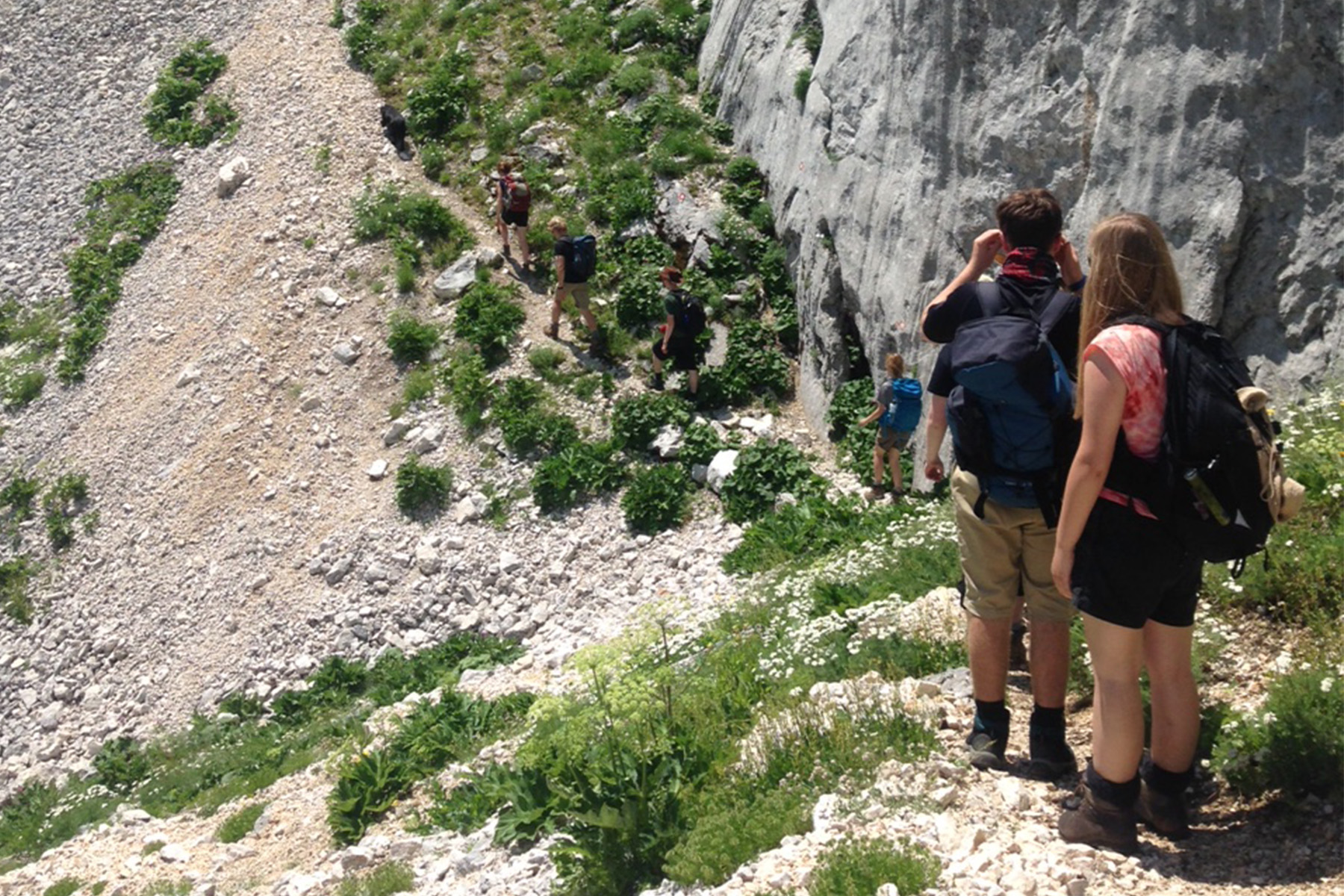 On the last day of the year, as most of the students and staff were heading home for a well-deserved rest, 20 students and four members of staff were frantically packing their bags and rushing to get back at school. 24 sleepless hours later we touched down at Dubrovnik airport for a two week World Challenge expedition. We were all instantly hit by the heat and after setting up camp at Zaton Bay, just outside of Dubrovnik, we were quickly forced into the sea to cool down. After a sticky night, with most of us choosing to sleep outside of their tents under the stars, Group one with Miss Mulholland and Mr Findon packed up and were driven across two international borders to Durmitor National park. We spent the next four days trekking through some of Europe’s most stunning scenery, dipping into lakes (when they weren’t infested with Leeches) to cool down and climbing high to visit a cave that was permanently iced, despite the 30 degree heat outside and a mountain hut set high for climbers and skiers. We were occasionally joined on the treks by a pack of the local dogs, who could not resist the chance for an extra walk! On day three Group two arrived with Miss Fishlock and Mr Foster, full of tales of the sea kayaking and paddle boarding they’d been doing back in Zaton bay. After two nights, we packed up and moved off to begin our rafting adventure down the Tara River. For this we spent three days in inflatable rafts, on the turquoise water of the Tara, moving through the world’s second deepest river canyon, at times the walls were higher than the summit of Ben Nevis! Every night we moved camp, living off only the food we could pack in the boats. Everyone arrived across the Bosnian border wet and exhausted from three days of navigating the rapids, ready to tuck into a traditional Bosnian meal of Beef and Potatoes. After we’d showered and warmed up from the glacial waters of the Tara, we travelled back to Zaton Bay for the last leg of our journey. We spent the next day wandering around the medieval city of Dubrovnik, winding through its narrow streets and around its walls. Many souvenirs were bought before we sat down to another meal in the centre of the city. For the next three days we were kayaking from our campsite, exploring the nooks and crannies of Croatia’s beautiful Dalmatian coast, paddling in and out of caves and beaches. At last after two exhausting, but rewarding weeks, the two teams met up again to pack up and begin the journey home. After another long jorney we landed back at Gatwick, already planning the next World Challenge expedition. Here’s to India 2017! Mr Findon