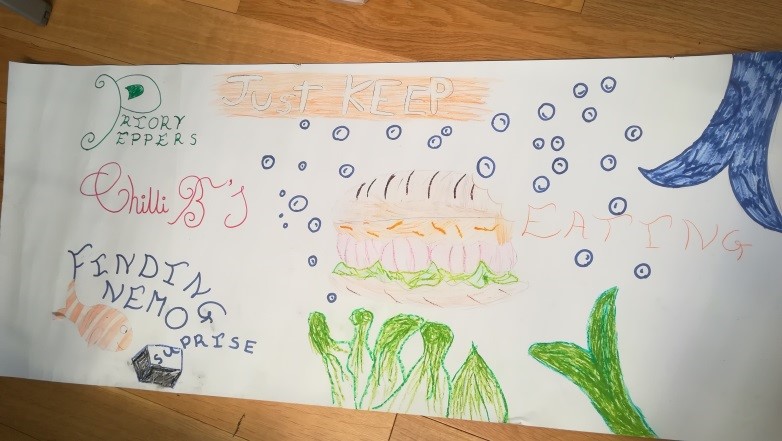 The students were tasked with designing a new sandwich for Hitchin-based eatery Chilli B’s. They were visited by Co-Owner Sharon who explained the origins of the sandwich shop and its name. She then briefed the students in terms of the ingredients they would have to work with and the type of advertising they would need to do.

Students first had to come up with a team name, followed by the concept for their sandwich. Cold club sandwiches needed to be named after an American state; hot griddle sandwiches had to be named usin a pun on a film title. Most students chose to go with a hot griddle and came up with names such as JuHAMji  (Jumanji), The Greatest Sandwich (The Greatest Showman) and The Hungry Games (The Hunger Games). 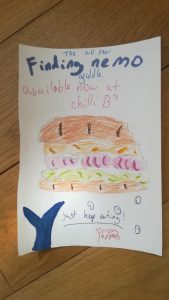 Students also had to design a table poster and wall poster, and write a presentation, newspaper article and letter to the owners. All of which they had to pitch to the judges at the end of the day.

All the presentations were amazing, but the winning pitch was made by The Priory Peppers with their sandwich Finding Nemo containing cold prawns, Marie-Rose sauce, iceberg lettuce and orange roasted peppers.

When all the posters were shown to the owners they were so impressed that they chose to have another sandwich on the menu: The Tarzanian Twister designed by Infinity Fillings. This warm wrap contains Peri Peri chicken, halloumi, garlic mayo and iceberg lettuce. The owners also decided to have them both on the menu for the whole of the summer instead of just the planned one week!

Sally Emler, Raising Aspirations Co-ordinator at the school said about the day: “It was an amazing opportunity for the students to work on a live project. Normally students have a hypothetical task to work on during days like these, but this time they had a real life brief to fulfil, which really increased the students’ drive to succeed. I can’t wait to visit Chilli B’s to taste their new inventions!”