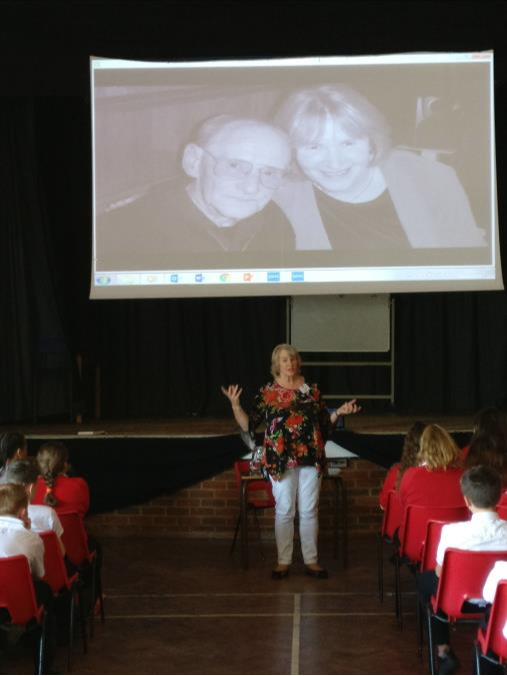 On Thursday 19th April we were extremely privileged to have international author Heather Morris come to visit and deliver a talk on her new book ‘The Tatooist of Auschwitz’.

Year 8 have been studying ‘The Boy in the Striped Pyjamas’ in their English classes, and Heather’s new book is also about life in a concentration camp, so students could make connections between the topics and understand the situations with more empathy.

Heather talked to us movingly about the novel, which is a real‐life account of the real‐life tatooist, Lale Sokolov, of the Auschwitz concentration camp. Heather interviewed the tatooist several times over a couple of years so he could tell her his story, before he died. The result is a powerful and moving story, which tells us of the horrific circumstances in which Lale found himself in, of his miraculous escape from the concentration camp, and how he found the love of his life in the midst of all the horror.

Year 8 found the experience valuable – they enjoyed listening to Heather, and there was an opportunity to ask her questions at the end about Lale and his wife Gita, and their story, which if it wasn’t real, would be unbelievable.

Today we bid final farewell to year 11 after their last exam. Best wishes for the future. Some of them couldn’t leave though…!…and stuck around to challenge the year 10s to a game of football (they lost 1-0!)