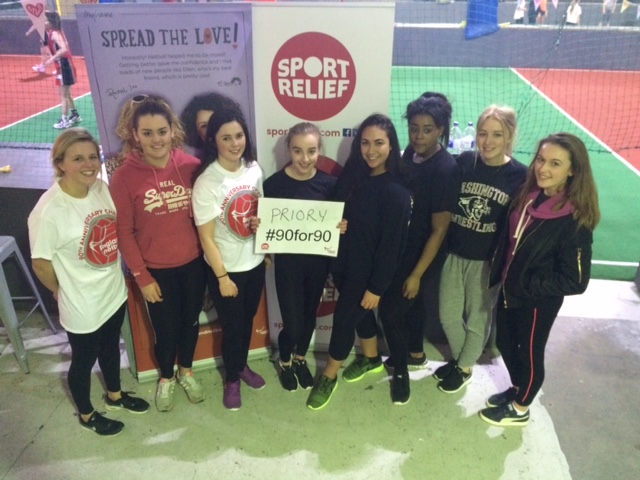 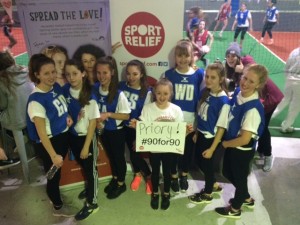 On Friday 11th February the Priory School helped break a World Record and raise money for Sports Relief. England netball turn 90 this year and to celebrate they attempted to play a continuous game of netball for 90 hours. Teams could sign up to play for an hour and the sign-up fee was donated to Sports Relief. We decided to take our Year 8 team and our 6th form team. They had to play an hours game each without a break to conform to the Guinness World Records rules and regulations. There were teams from all over the country ranging from primary school students to University teams. The games were played throughout the day and night with players swapping on one by one to ensure the game remained continuous.

On Monday we received the email that said they had officially achieved the World Record for – “The most players in a netball exhibition match”. 1,322 players took part and raised over £20,000 for Sports Relief . We are very proud to be part of a this world record and that we were able to contribute to raising money for such a worth while charity.