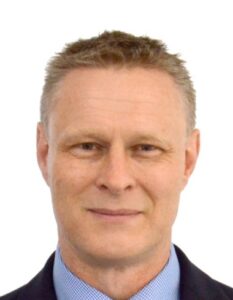 I started my teaching career in 1991 at Langleybury School, Watford, as a History teacher. This was followed by a move to Stratton Upper School in Biggleswade as Head of History. In 2004 I took up a post as Assistant Headteacher at Monk’s Walk School in Welwyn Garden City and was promoted to Deputy Headteacher and later spent a term as Acting Headteacher. In April 2012, I was seconded as Acting Headteacher to Marriotts School in Stevenage. In September 2013 I became the Headteacher of The Priory School.

I have been involved in a number of SEND working streams with the local authority and sit on the SEND Strategic Leadership group and High Needs subcommittee. The Priory remains a maintained school and I am in my second term on Schools Forum for the secondary maintained sector. In July 2022 I stepped down as Chair of the Hertfordshire Association of Secondary Schools after three years in the post.

Champions of the lunchtime leagues! Well done year 9 for beating a strong year 10 team to claim the crown. Thanks to Mr Jefferies for organising it all.

Our student leadership committee met 4 local councillors this morning to share views on the town, what they want to change and whether the voting age should be reduced to 16. Great discussion!